So I decided to attempt the VME Bus Fix as per Atari's rework procedure. The fix saves 1 clock cycle per transfer so it just might be faster. Before I did that, I took screenshots of two benchmarks: 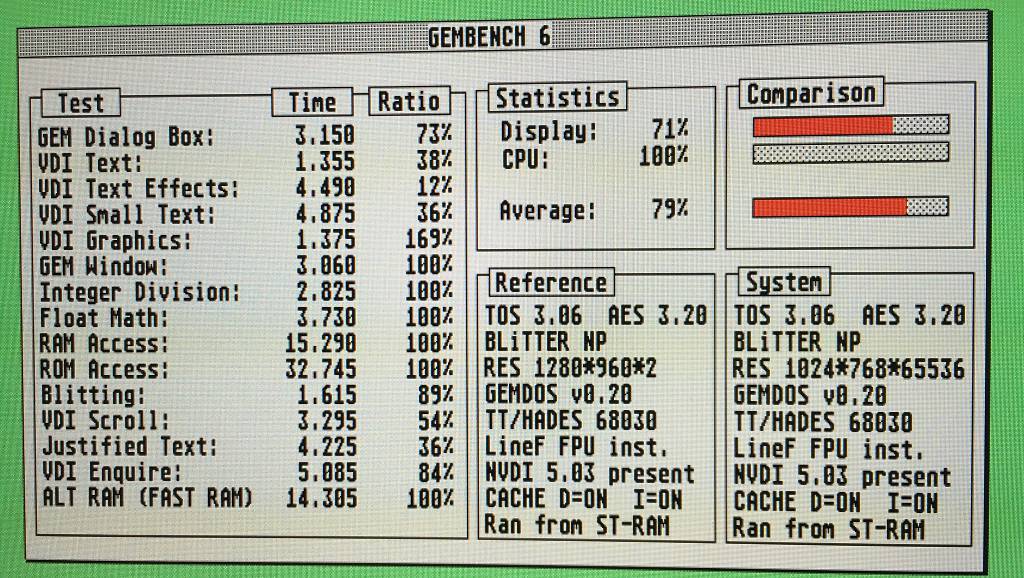 Here is the same setup after the VME Bus Fix. First result is vs the first screenshot above. The rest are with the same TT High reference. 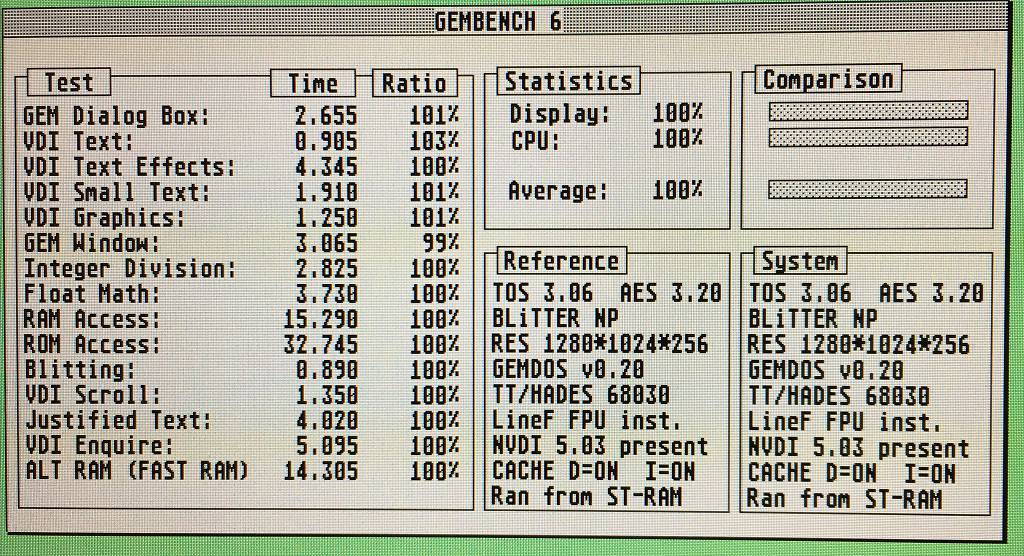 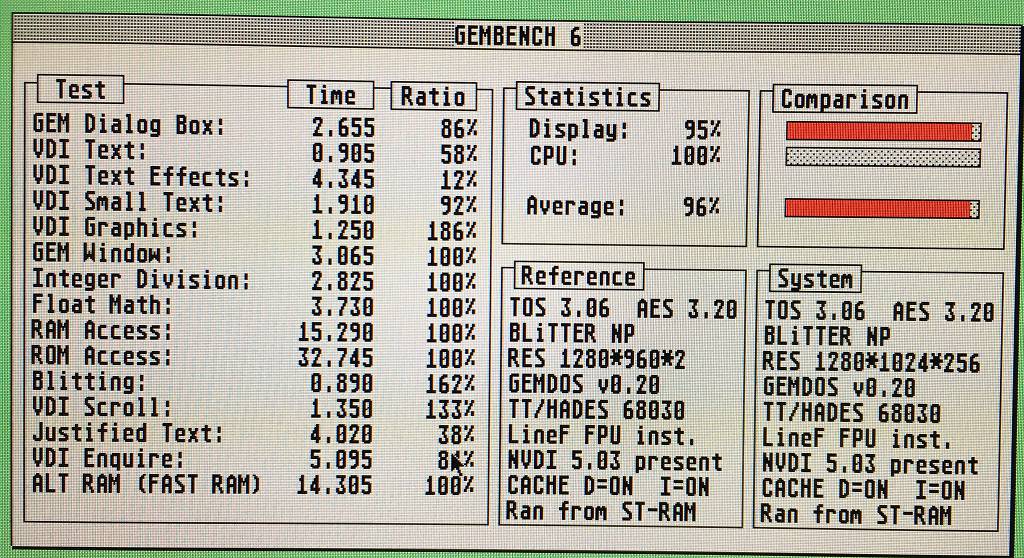 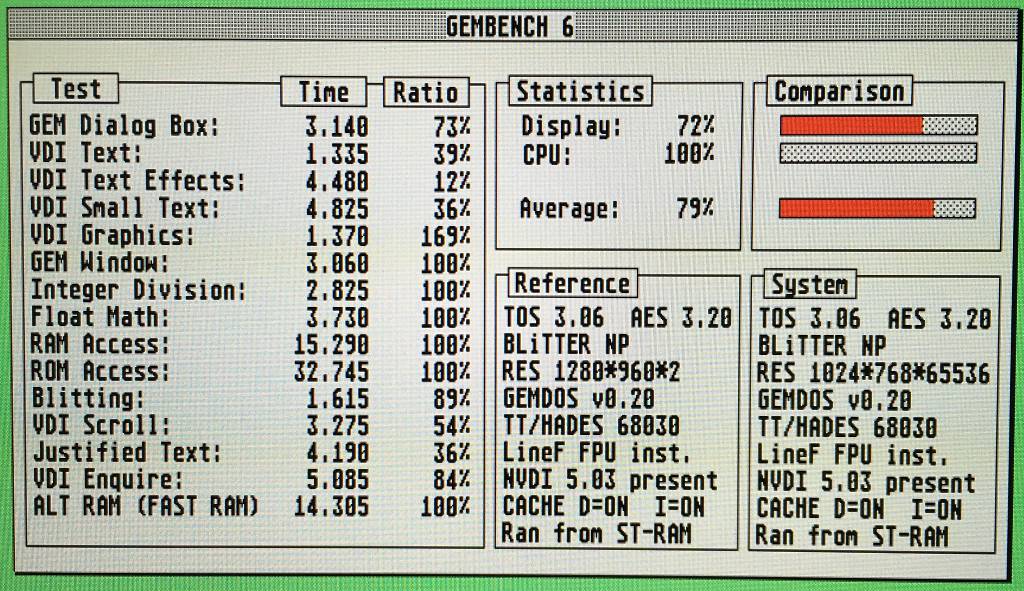 So the results are pretty conclusive and somewhat expected. Wasn't expecting huge differences but discernible gains. Average results are not affected that much but looking at single tests the gains are 1-3% faster. This is with gfx card. I don't know how it saturates the VME bus. Which is why I tried 16bit color as well. I haven't installed Lightning yet, I wonder what speed differences we would see with USB file transfer.