When the Atari STacy came out in 1989, the latest TOS version at the time was TOS 1.4. During the lifetime of the STacy, Atari only shipped units with TOS 1.4 installed.

STacy never got to enjoy the success of her big brothers and as a result, there were hardly any upgrades made for her. Many who wanted to upgrade the STacy's TOS were told by experts that because of the LCD and Shadow chip, the STacy needed a special version of TOS to run. Since Atari only ever shipped with TOS 1.4, the assumption was that TOS 2.06 would not work. At least not without modifications.

Many Atarians, however, managed to hack and install some major upgrades. Most notable of these is Darklord's PAK. It required major mods to even have it fit inside the STacy. His PAK had a modified TOS 3.06 custom made by Holger. Even though Darklord's STacy runs happily with TOS 3.06, it was not certain whether or not the modifications made by Holger were in some way STacy specific.

I wanted to take a close look into the upgradeability of the STacy and if there was anything I could do to make it easier.

Every STacy has a space and spot for an expansion bus on the left side of the motherboard. On very few units, it's actually populated by a connector facing outside behind a cover. Whatever expansions Atari had initially had in mind were meant to be external. Apparently, Atari didn't think it was a good idea and scrapped the whole idea of an expansion connector. All STacy units since then had the holes and silkscreen on the PCB. On the STacy I'm typing this piece on, and the recipient of the upgrades has a cover on the bottom case. My other STacy does not have a cover. 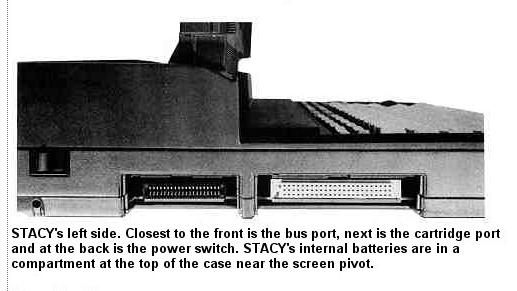 This connector is essentially the same as the Mega ST's Mega Bus. Any expansion for the Mega ST should work on the STacy. Provided there is a way to connect it to the STacy Bus and find a way to fit it inside the case. 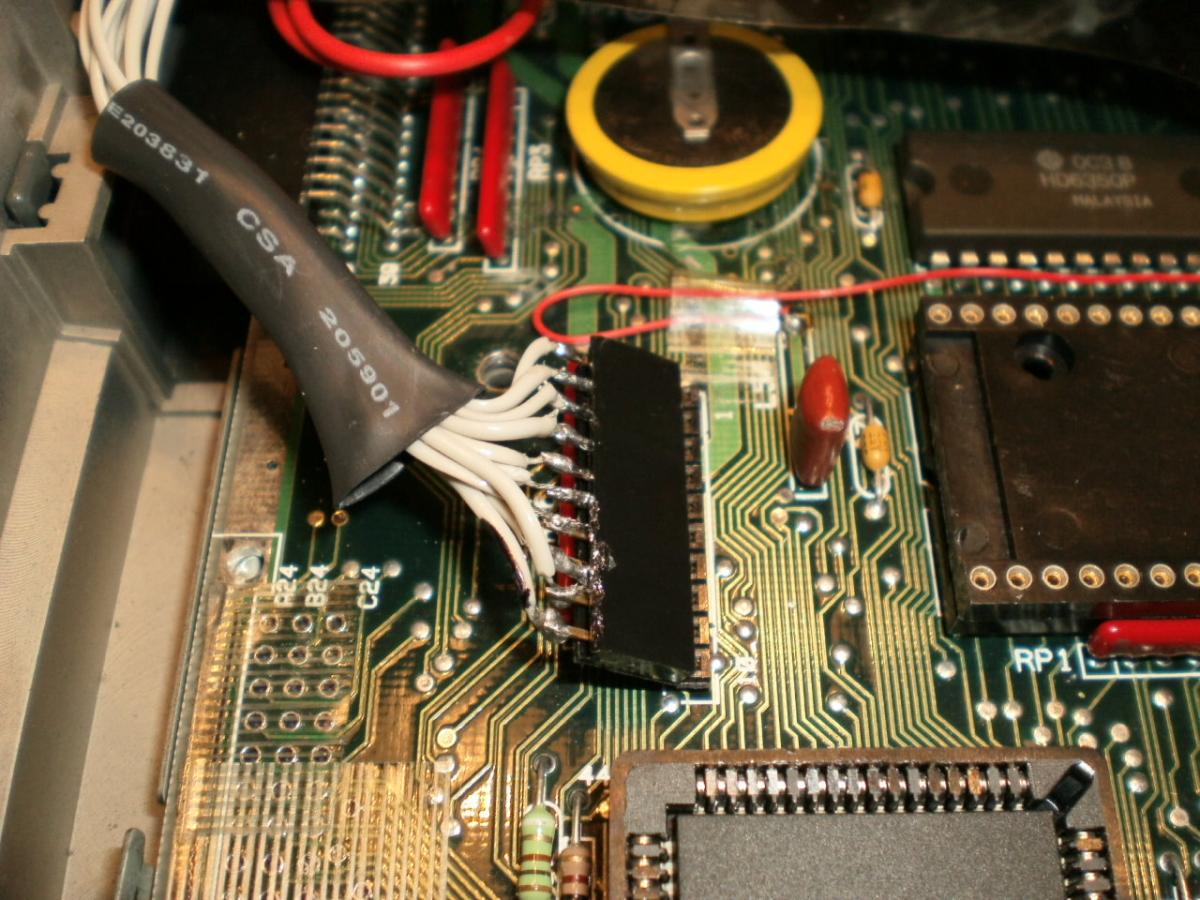 What I want to do is make an adapter for the STacy Bus. It's called the STaceX (pronounced similarly as SpaceX) and it is progressing quite well. This article is about the TOS 2.06 upgrade, however, so I won't go into too much detail about the STacy. The reason I wanted to bring up the STacy expansion is that all signals in the TOS 2.06 upgrade can be plugged into the bus instead of soldering on the CPU.

One of my Mega STs had a TOS 2.06 upgrade on it and I got the idea to install it on this STacy utilizing the expansion bus. 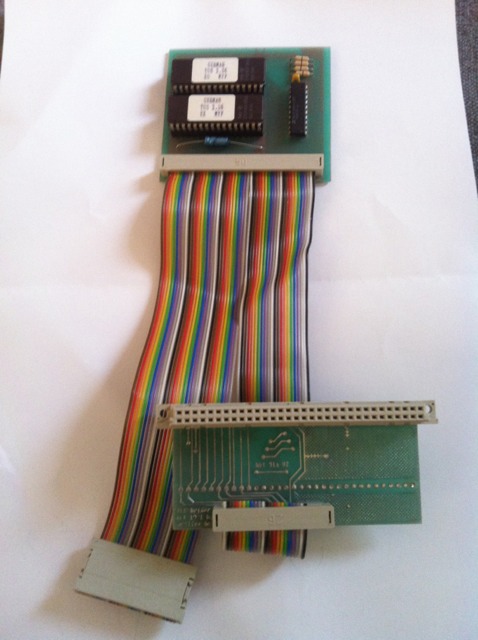 The upgrade is the one pictured above. This is not my picture but part of a thread in Atari-Forum.com The installation manual can be found here.

The ribbon cable is divided into two parts; 22 signals that go into the CPU/BUS and the rest into a 28pin adapter that plugs into one ROM socket.

No traces need to be cut, and if you use the BUS version, no soldering is required either.

Like the STE, STacy has two 32pin ROM sockets. Unlike the STE, however, they are not entirely pin-compatible with the 27C010. There are also no jumpers/resistors to switch between different ROM types. It would also seem that the STacy has no way of decoding TOS 2.06 like the STE. 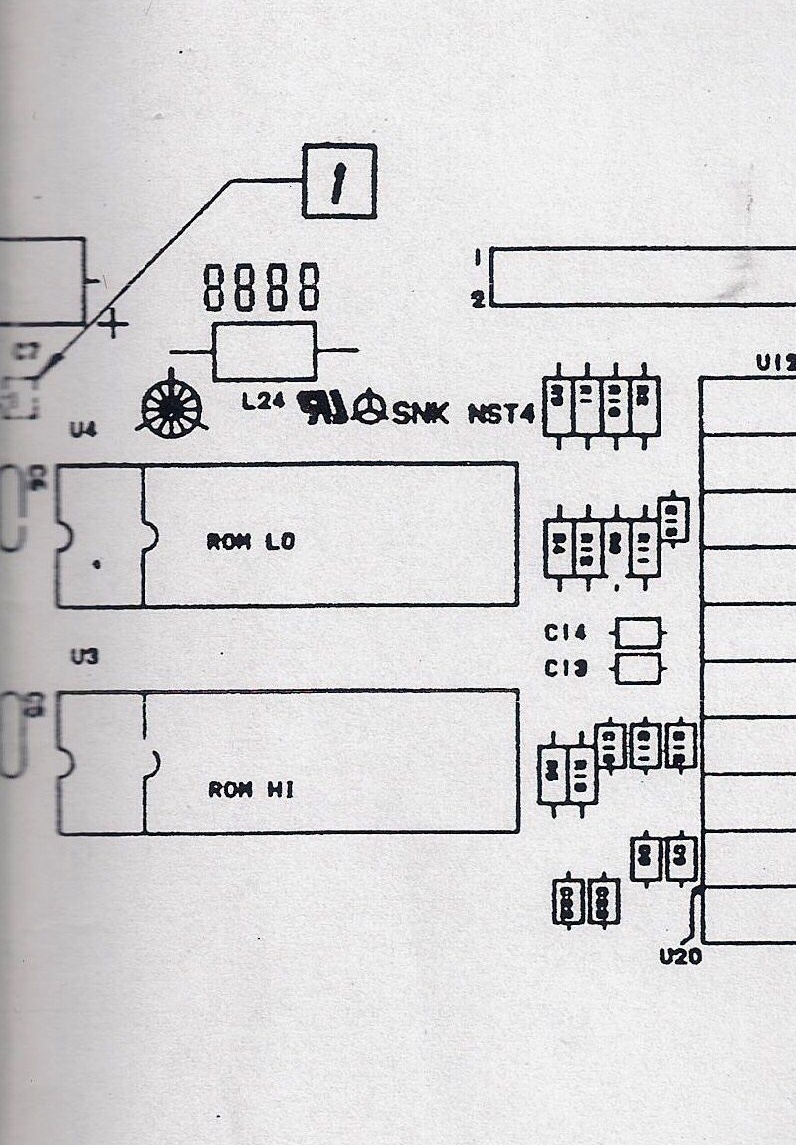 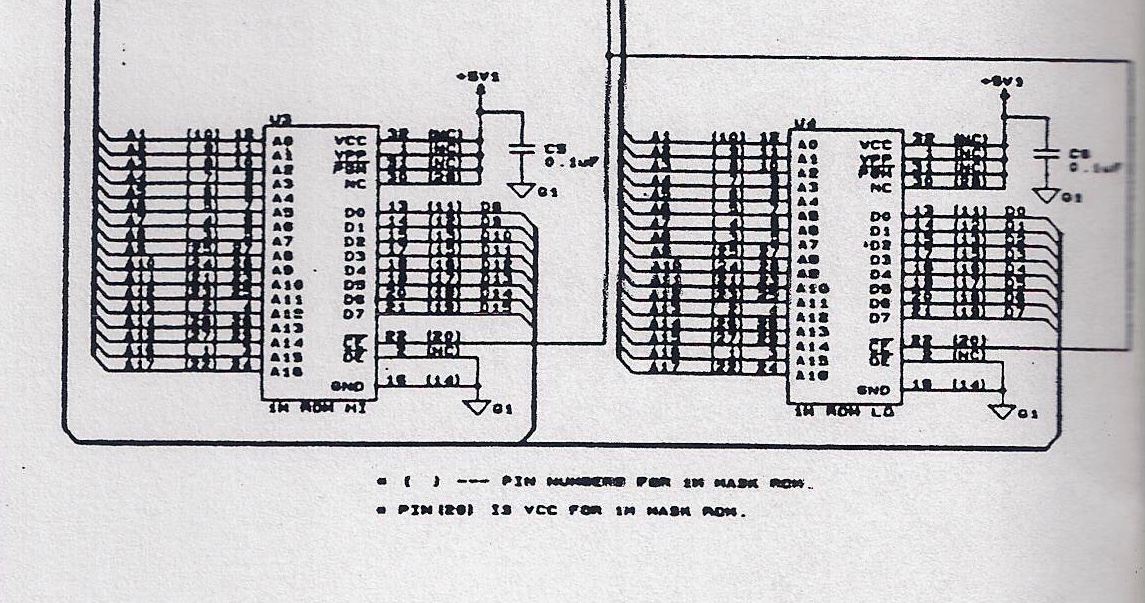 This non-standard pinout only served to fuel the speculation that the STacy needed a special version of TOS to drive the LCD and Shadow chip.

The more I thought about it, the more I was convinced that the upgrade was possible. I also thought it would be a very good reason to test the idea of STaceX and prep the motherboard for it.

The first step was to populate the STacy expansion port. There was some tape covering the holes on both sides of the board. This turned out to be an extremely frustrating thing to removed. The tape had fibres on it and almost 30 years had caused it to get stuck pretty good. I used copious amounts of

IPA and a toothbrush to help remove it. It took time but I was able to remove it all. It was super sticky and clogged the holes as well.

I used three 24pin male headers that I had tied together to maintain proper alignment. They were a breeze to solder on the motherboard. 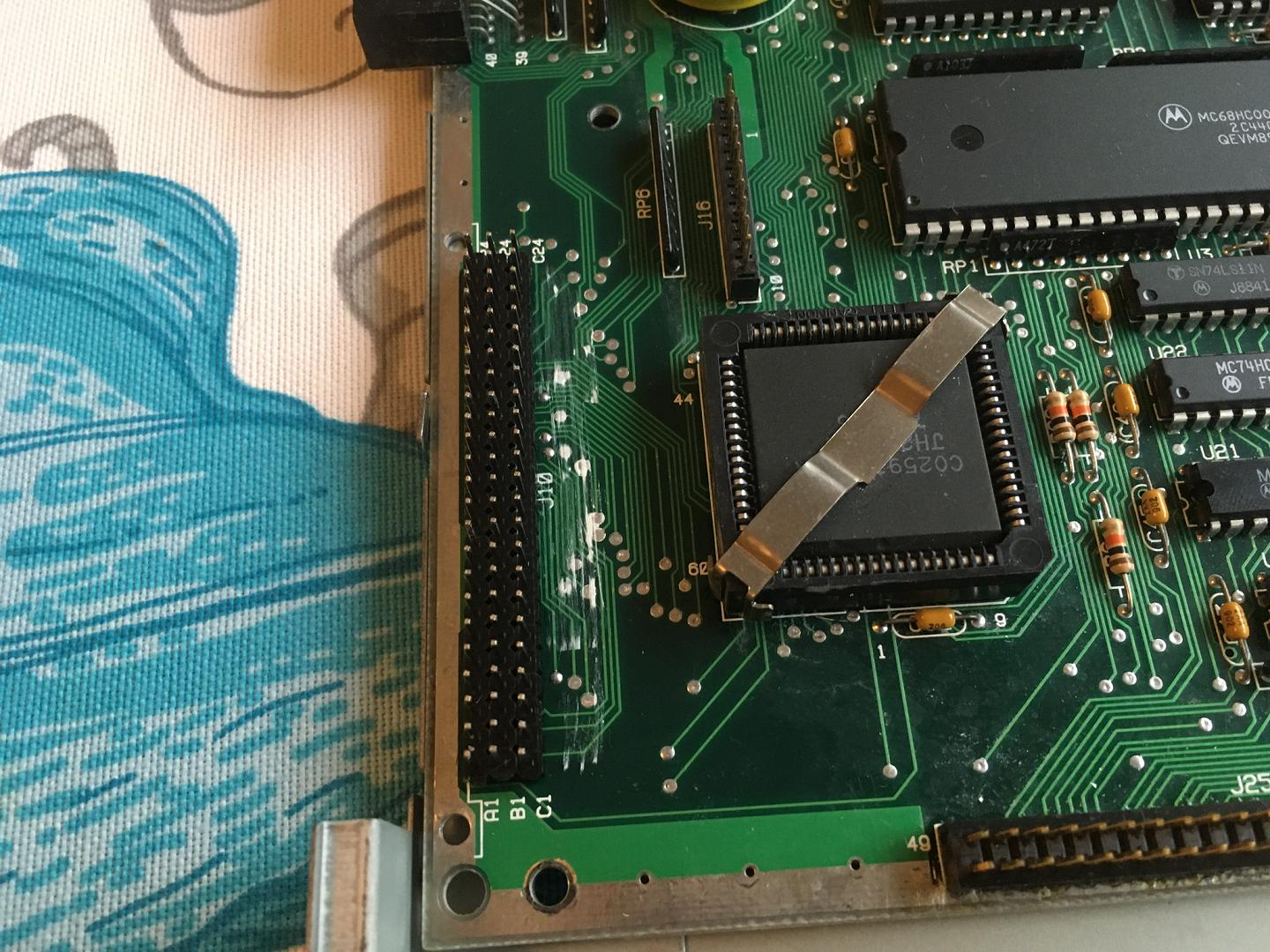 Using an early STaceX prototype PCB picture, I mapped the pins needed for the TOS upgrade. I used female header connectors on the ribbon cable. 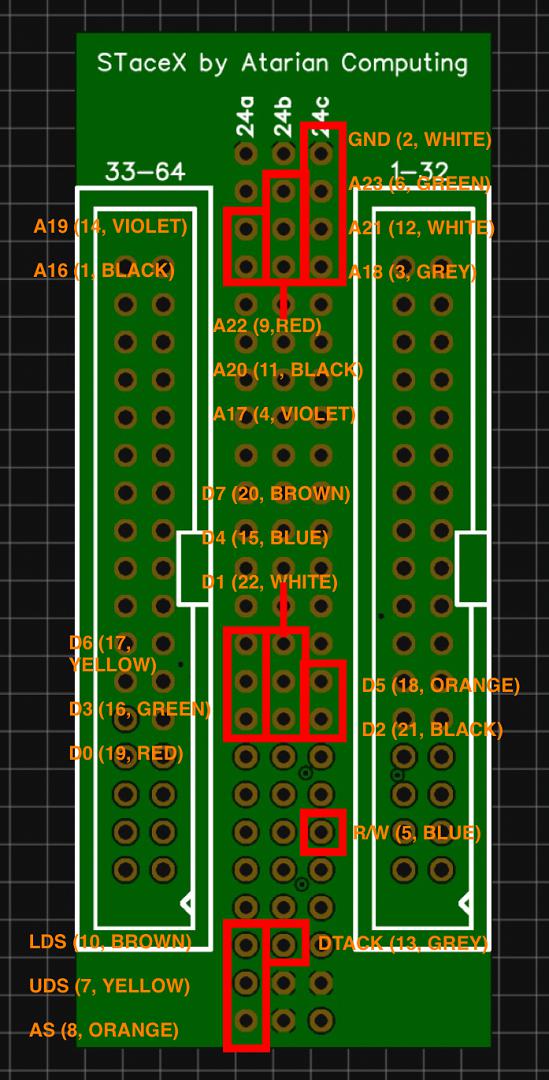 First I plugged the adapter to the HI ROM socket. Turns out that this fit perfectly on the STacy's SUB PCB, where the ROMs, RAM and KBD are located. The ribbon cable went right next to the SUB PCB connector towards the STacy motherboard. 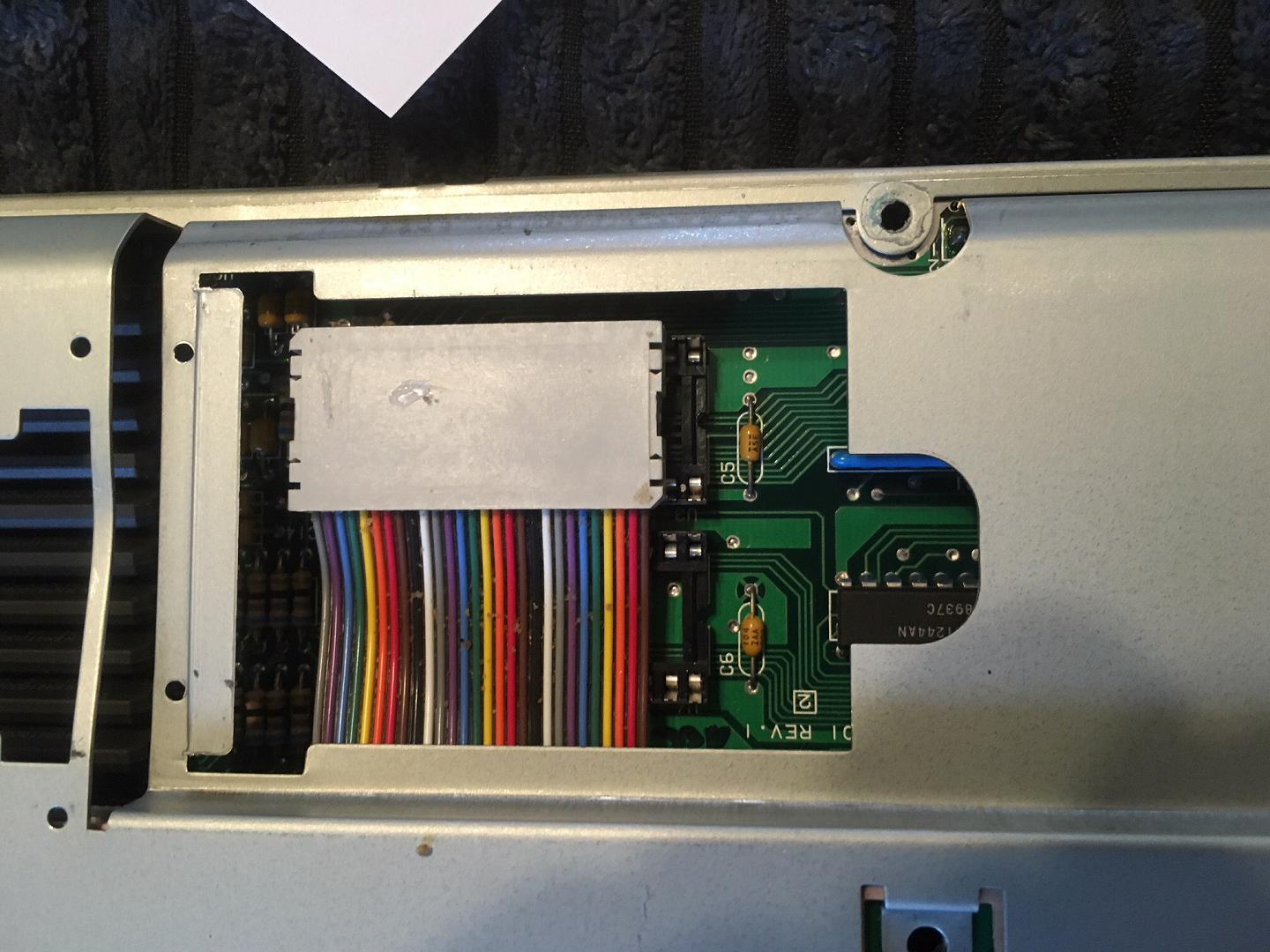 I then plugged the 22 plugs into their corresponding pins on the BUS header. I laid out the entire ribbon cable so that it fits perfectly right under the DC/DC board. The upgrade PCB with the ROMs peeked out from the backside of the STacy. For the STacy cover to be able to close, I needed to remove the battery compartment's bottom. After that it was perfect. 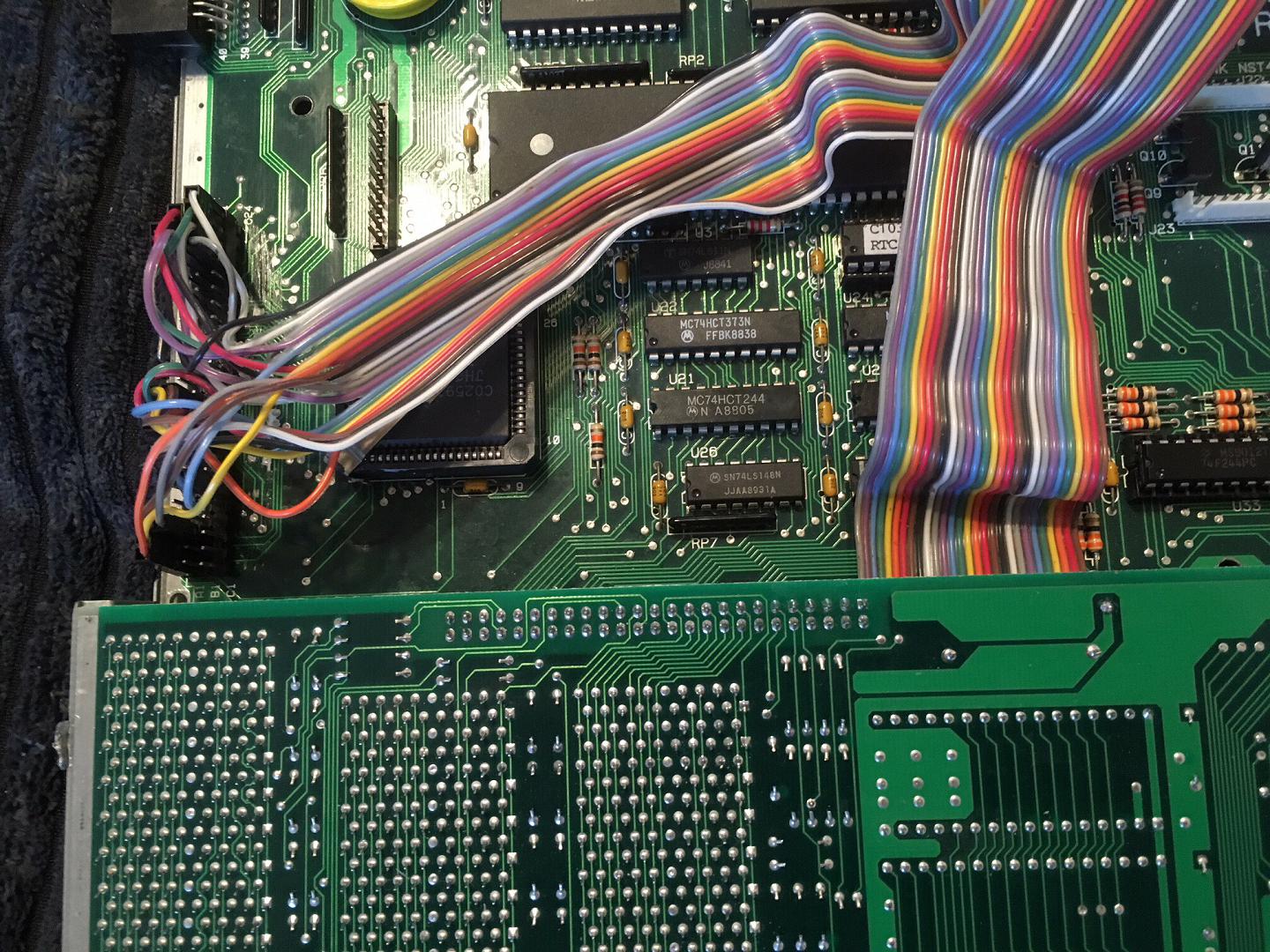 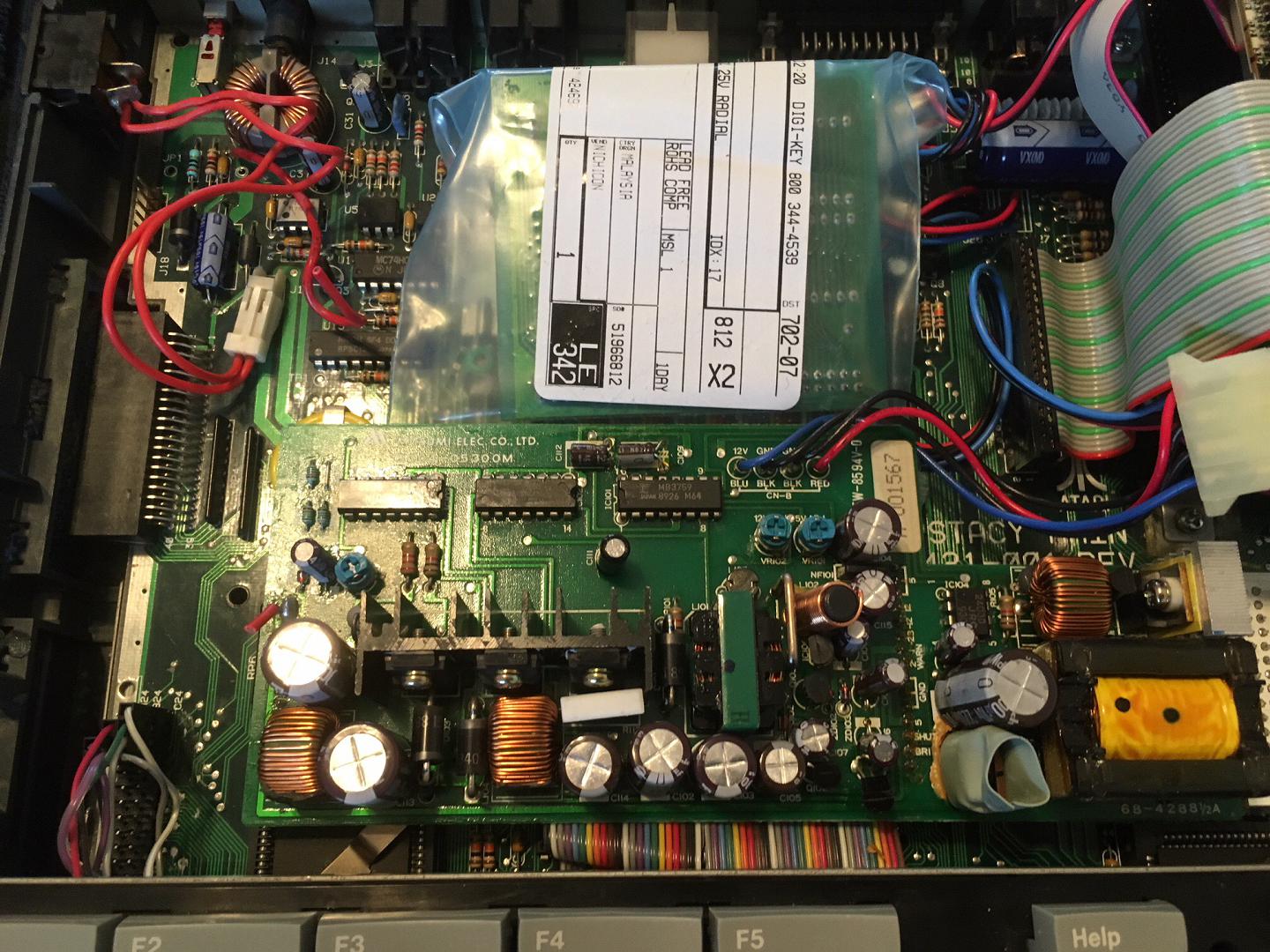 It booted right up. It was a very satisfying moment. After playing with it for a few minutes I was convinced that everything worked normally. All STacy specific CPXs worked. The LCD was able to go to sleep normally so definitely not a TOS feature. 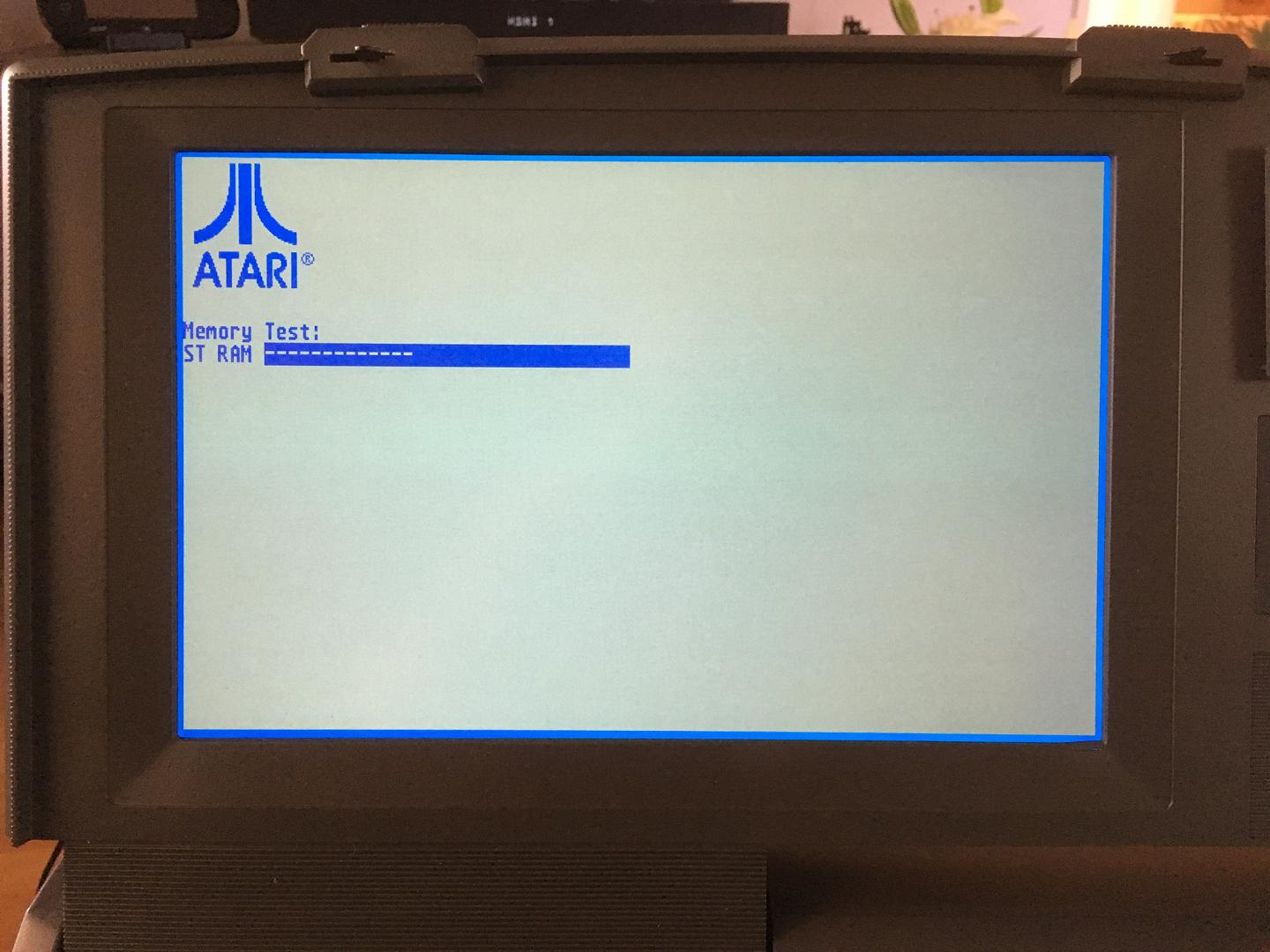 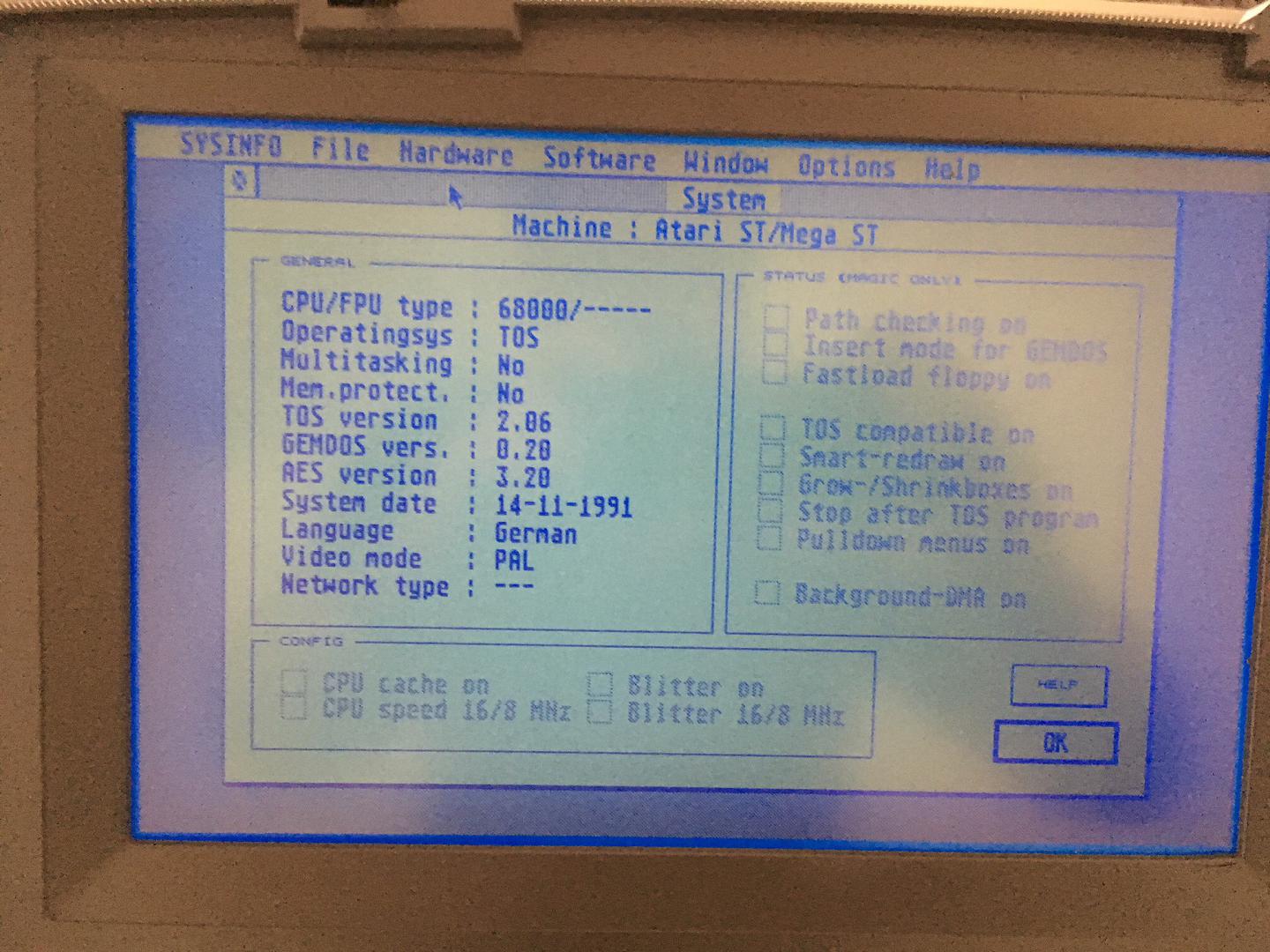 There have been no problems whatsoever and this entire piece is written on the STacy with the TOS 2.06 upgrade using Protext 6.511. If anyone has Protext 6.5 or 6.6 to sell with manual, please contact me. I must say, the STacy's keyboard is by far superior to my TT or Mega ST keyboards.

This project has motivated to work on the STaceX with more confidence. I have a few projects in the works. I will inform more on them later.